The first Indigenous-inspired jersey worn by a national team of any code has been designed by Dennis Golding, a UNSW Fine Arts student.

Art & Design honours student, Dennis Golding, is the artist behind Australia’s first Indigenous national rugby jersey set to be worn by the Wallabies in this weekend’s final Bledisloe Test.

The third year Fine Arts student, a Kamilario/Gamilaraay artist, was chosen to design the historic jersey after winning an Australia Rugby Union (ARU) tender in 2015. 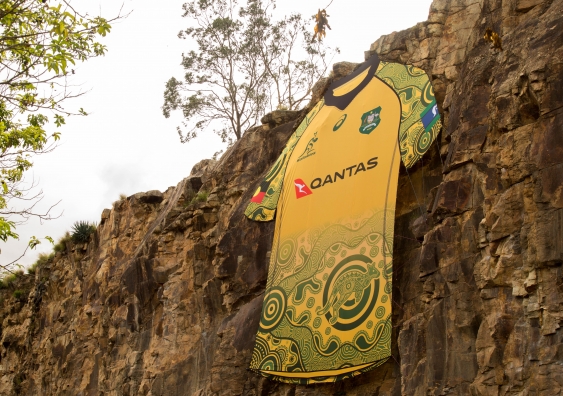 A large-scale mock up of the jersey

The Indigenous jersey was unveiled by Wallabies player Kurtley Beale in July, but will be worn by the players for the first time this Saturday in Brisbane.

Beale has campaigned the ARU for an Indigenous jersey for years and is now urging the team to wear it annually.

Golding said he was honoured to present the jersey to the team.

“It’s a simple recognition of the enormous Indigenous contribution made to the sport and it’s incredibly powerful,” he said.

“I like rugby, but I don’t often get to follow the game due to commitments to my studies and art. Seeing how proud the jersey made Kurtley Beale feel was just an incredible moment for me.”

Golding’s Wallabies design has also been featured in an 80-metre public mural at Milton train station in Brisbane. Painted by artist Robert Henderson, the mural joins Golding’s art with the work of Indigenous artists at Southern Queensland Correctional Centre. 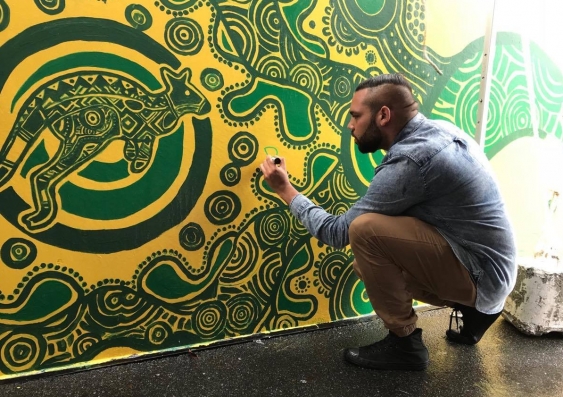 Dennis Golding at the Brisbane mural

For the past two years, Golding, 28, has designed the NRL West Tigers team Indigenous jersey, acknowledging the merging of two successful teams, the Balmain Tigers and the Western Suburbs Magpies in 2000.

“I designed the NRL jersey to celebrate how Indigenous players have contributed to the NRL and to create greater awareness of the social issues that impact Aboriginal and Torres Strait Islander people.” 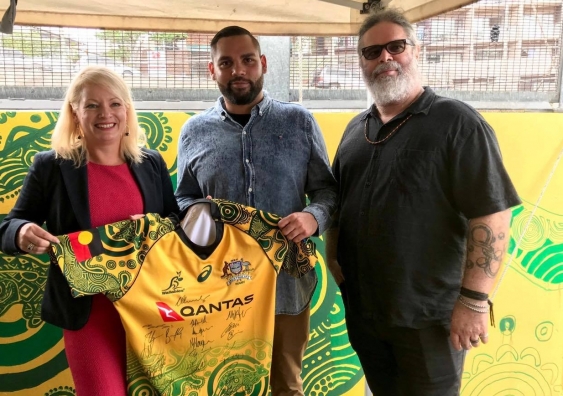 Golding continues to develop his art practice through his studies, working in local community events and as an assistant at Aboriginal print workshops at Cicada Press, UNSW Art & Design and with Tess Allas (Indigenous Programs Director at UNSW Art & Design) as assistant curator.

Originally published and written by Lucy Carroll, 20 October 2017 in the UNSW Newsroom